This project is funded by Italian Ministry of Education, Universities and Research (MIUR) and co-funded by European Union’s Horizon 2020 research and innovation program under the framework of ERA-NET Cofund MarTERA
(Maritime and Marine Technologies for a new Era) 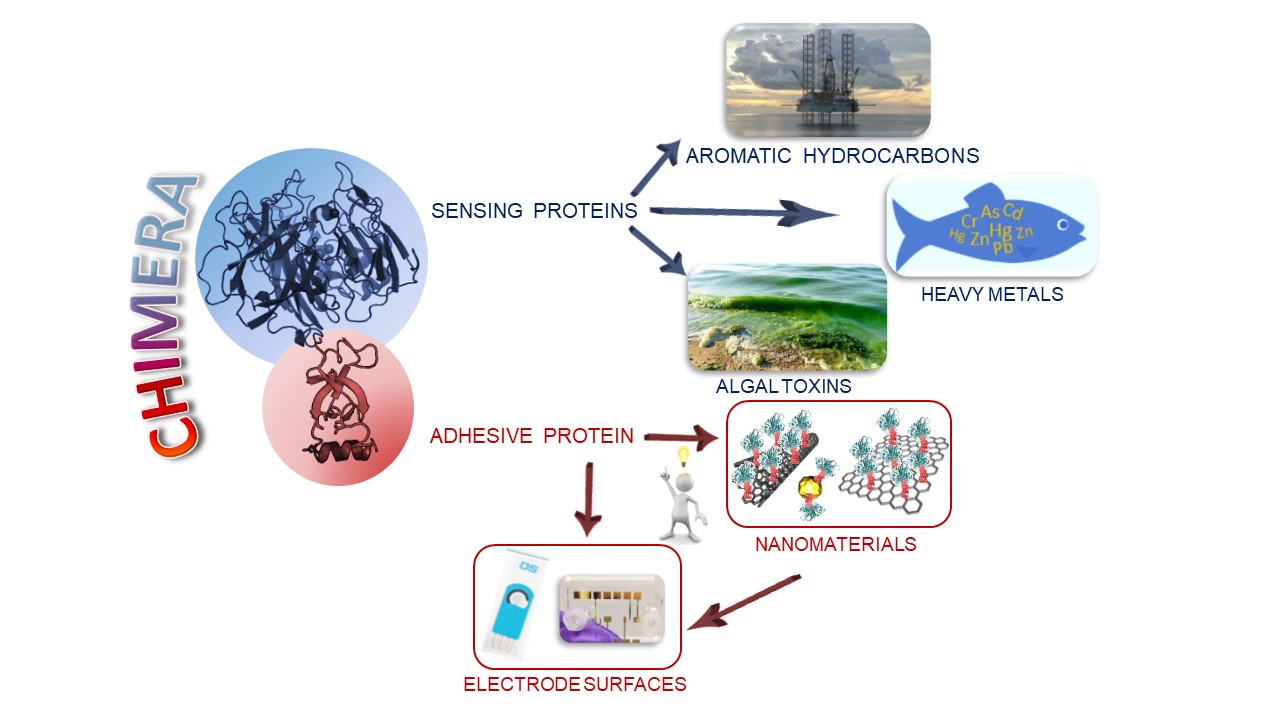 The monitoring of contaminants in the marine environment still presents a number of challenges to overcome, e.g. large dilutions of pollutants which appear at very low, but biologically significant concentrations. The use of miniaturized biosensors can offer several advantages, such as high specificity, sensitivity, and ability to work on site and in a wide range of matrices. The outcome of the FLAshMoB project will be the development of small, portable, easy to use, and robust biosensing platforms to monitor marine contaminants.

A key step of the development of biosensors is the biological interfacing of materials. Amyloid fibrils can efficiently play the role of connecting bridge between organic and inorganic surfaces. By genetic fusion to these self-assembling proteins, the sensing proteins can be stably anchored onto a surface with a precise orientation. Indeed, biosensors based on amyloid-proteins showed an enhancement of sensitivity with respect to other reported systems.

FLAshMoB will develop different biosensors based on these chimera proteins, thus endowed with both the adhesive properties of a self-assembling moiety and the recognition ability of specific proteins, suitable for monitoring contaminants relevant for the marine environment. Specific proteins will be genetically fused to a fungal amyloid protein: (i) laccase, an oxidative enzyme useful for sensing aromatic pollutants -Polycyclic aromatic hydrocarbons and Endocrine Disrupting Chemicals; (ii) arsenate reductase, an extremophilic enzyme to be used for specific arsenic detection; (iii) antibodies against marine toxins from algae, such as saxitoxin and domoic acid; (iv) GST, a multifunctional protein useful for the detection of the total heavy metals content.

Another strength of the proposed project is the exploitation of these results in the development of both lab-on-chip and portable devices.